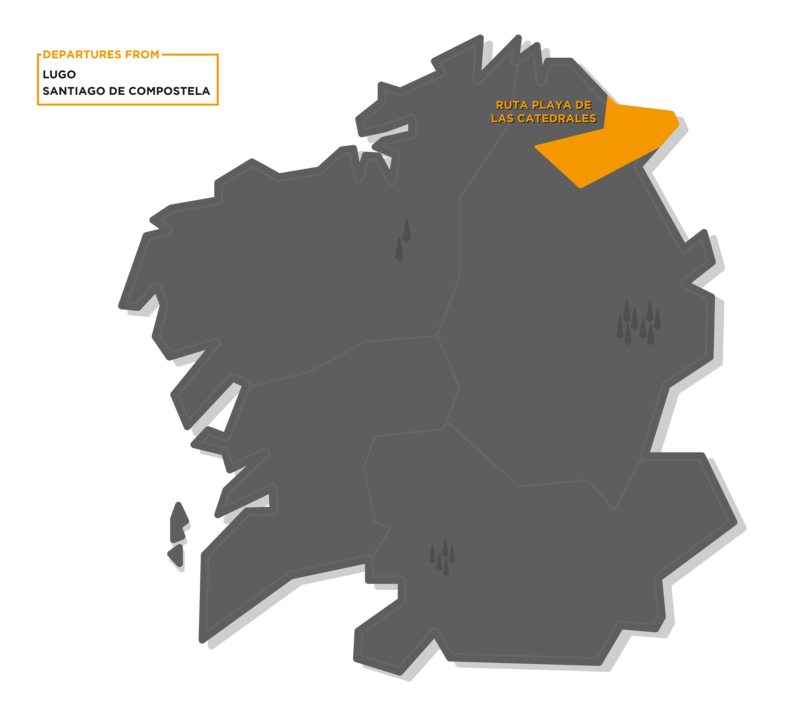 In Mariña Lucense, the northernmost point of our geography, is the second most important cathedral in Galicia, a natural construction that in this case surprises with its majesty and monumentality. Huge rocks that over time and the movements of the sea have erected magnificent columns under the cliffs.

We have a journey ahead of us, overlooking the Cantabrian Sea, where the green of the Galician forests almost touches the water. A place where time slowly flies by and enjoying life at the pace it deserves.

The route of the Playa de las Catedrales overlaps with the Camino del Norte at the entrance to Galicia in one of its most beautiful sections with beautiful natural landscapes and also beautiful cities full of tradition and history.

The architecture of the sea.

La Playa de las Catedrales is always different. It is a living work of art that is exposed to the sea and is reshaped with every wave hit. It is also a protected area that was declared a natural monument in 2005. Therefore, access is controlled and we must be conscientious and respectful during our visit.

La Playa de las Catedrales is a place to walk, observe, meditate and be amazed.

A past of stately splendor.

The Ría de Ribadeo, where the Eo River flows, forms a natural border between Galicia and Asturias. It’s an area full of stately homes, a holdover from the past. Traditionally it was an area of ​​important port trade, but also of industrial importance thanks to one of its most important figures, the Marquis of Sargadelos.

The town of Ribadeo, one of the most important in the northeastern corner of Galicia, overlooks the Cantabrian Sea from its lighthouses and cobblestone streets and testifies to a past of great historical relevance with buildings that tell of artisan guilds and noble lineages. The historic center was declared a place of cultural interest in 2004.

The city of the kneeling cathedral.

Mondoñedo is part of the network of the most beautiful cities in Spain, a city with the title given by Alfonso VII de León in S. XII in the USA.

Mondoñedo, leader of the region, formerly a province and episcopal headquarters, is also the cradle of one of the most respected Galician writers, Álvaro Cunqueiro.

With its rich and impressive heritage, it is a pleasure to stroll the quiet streets that make this destination an exciting place to explore. It is worthwhile to enjoy this magical and quiet city on the one hand, but also to discover the very lively corners. 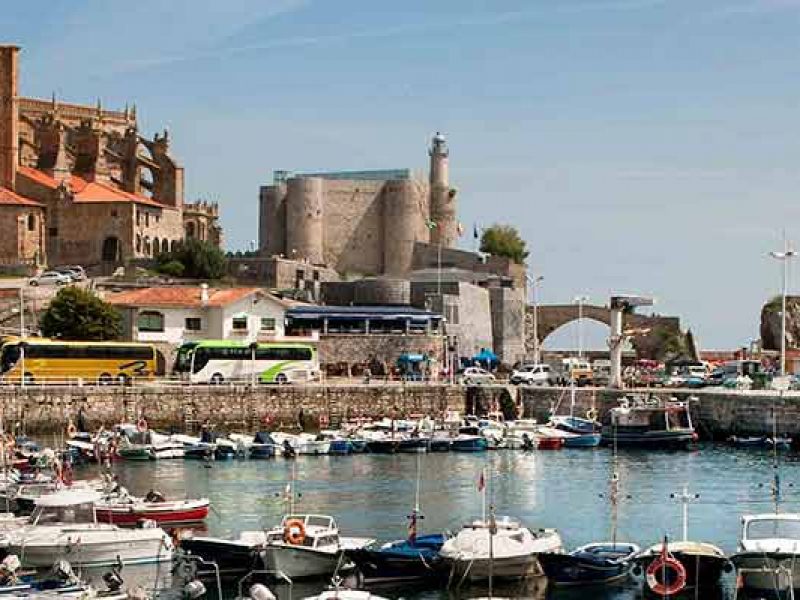 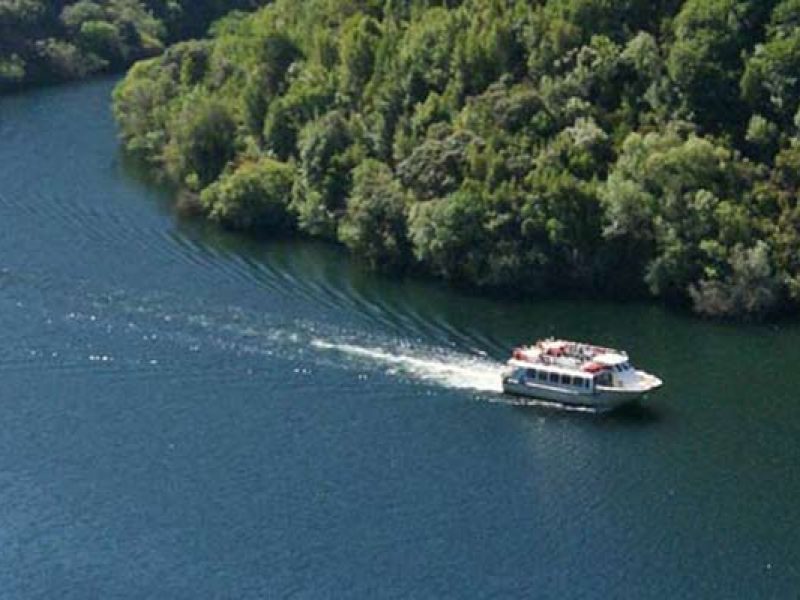 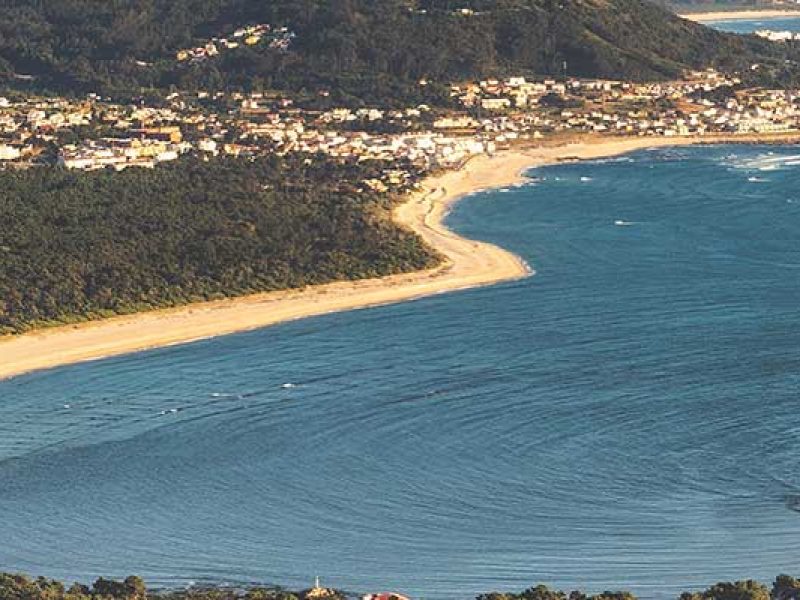 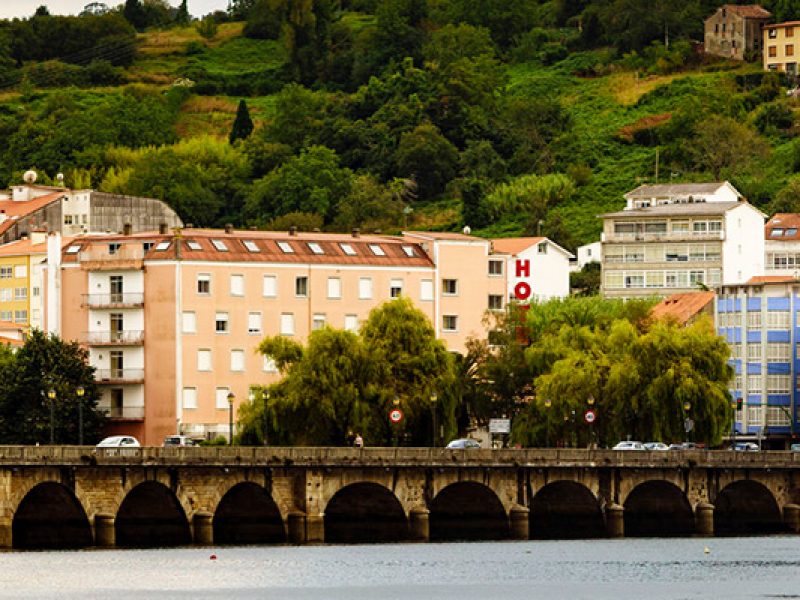