*Price per person in a double room. 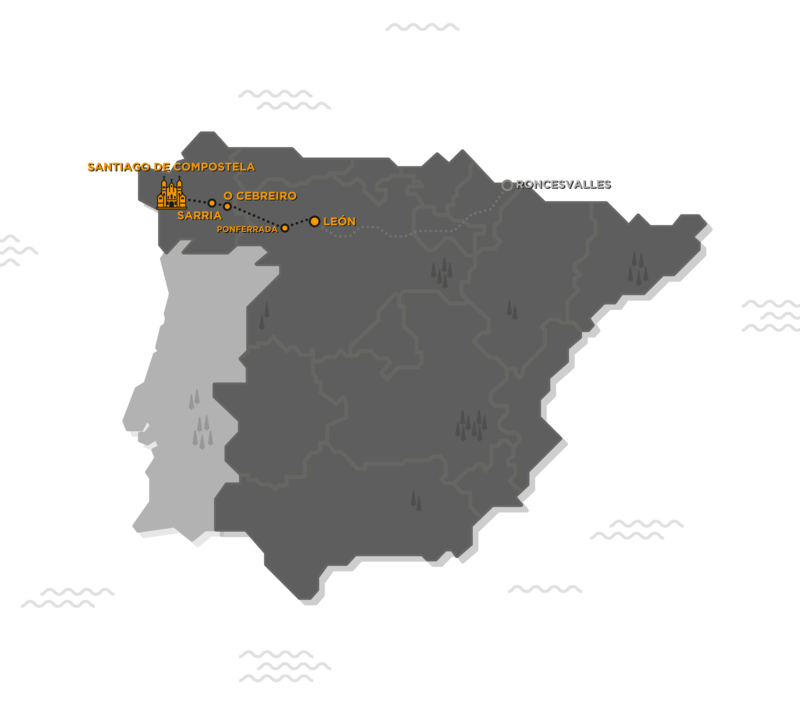 The Camino Francés from León to Santiago de Compostela is the second most popular route of the Camino, after the option that starts in Sarria. It is part of the route that begins in Roncesvalles. It is also the first point on the French way in Spain, where all pilgrims coming from Europe meet.

León, th starting point of the Camino Francés from León to Santiago

León is one of the great capitals of the Camino de Santiago. It retains a rich Romanesque, Gothic and Renaissance heritage from its relevant historical role. The cathedral, also called “La Pulchra Leonina”, is one of the most impressive Gothic temples in Spain. In the Romanesque style, the Royal Collegiate Basilica of San Isidoro stands out and Gaudí’s Casa Botines is an inexcusable visit. The main building related to the Jacobean tradition is the Hostal de San Marcos, one of the earliest exponents of the Spanish Plateresque. It was a hospital, later a pilgrims’ home, and the main house of the Order of Santiago. Today it is a Parador de Turismo.

The Camino Francés from León to Santiago de Compostela begins in an area of ​​Castilla y León that preserves the plain of the plateau. The first stages are on less difficult terrain. It gets a little more difficult as we approach Galicia when the roads begin. We will have to climb climbs such as Mount Irago, reach Ponferrada, where we can see the mythical Cruz de Ferro. Part of this section is the well-known climb to O Cebreiro. It is a strong ascent, but for many pilgrims the most beautiful stage on the French Way. Arrived in Galicia, we hike through lush forests to Compostela and pass places with an enormous Jacobean tradition such as Sarria, Portomarín, Melide, famous for its “pulperias”, or Arzúa with its delicious cheese.

The last climb we will face is Monte do Gozo, where, as the name suggests, we will have the first glimpses of the cathedral towers and will enjoy the satisfaction of approaching the end of our journey, the Feet of the Apostle Santiago. 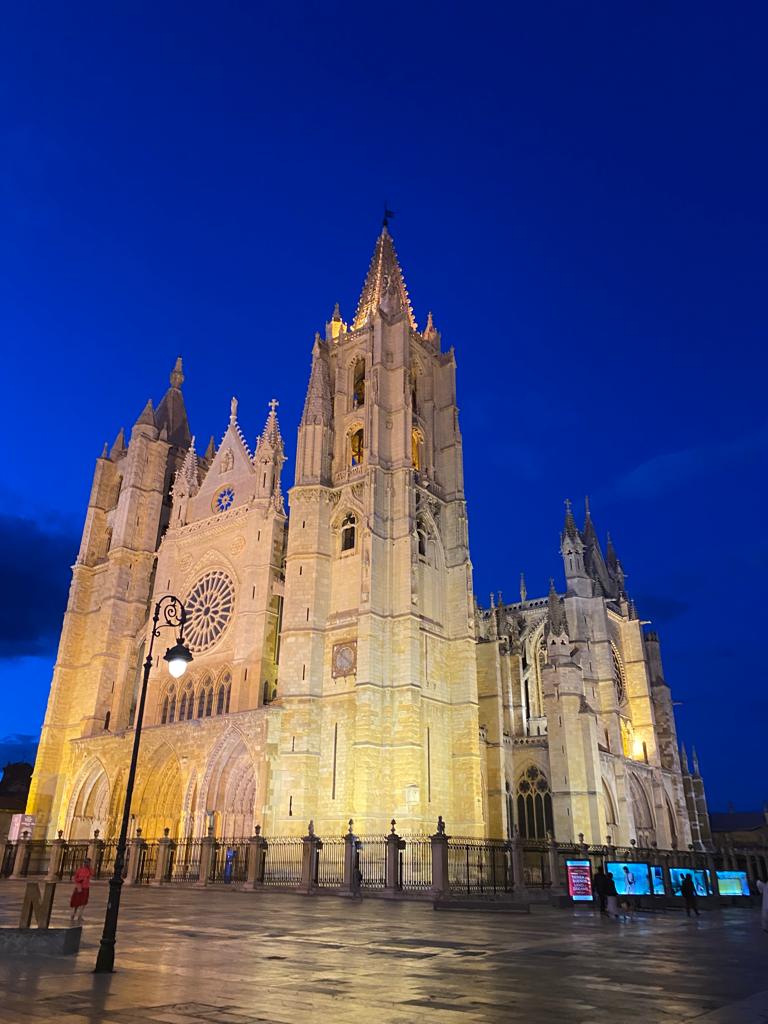 León is one of the main cities of the Camino de Santiago, our starting point on this route, and the second point from which the pilgrims start their journey, after Sarria. In León, a visit to the Cathedral, Gaudí's Casa Botines and the San Marcos Hospital is a must. Also a walk through the old town and a stop in the Barrio del Húmedo is highly recommended, to recover from the walk with some good tapas.


Arrival in León on behalf of the client. 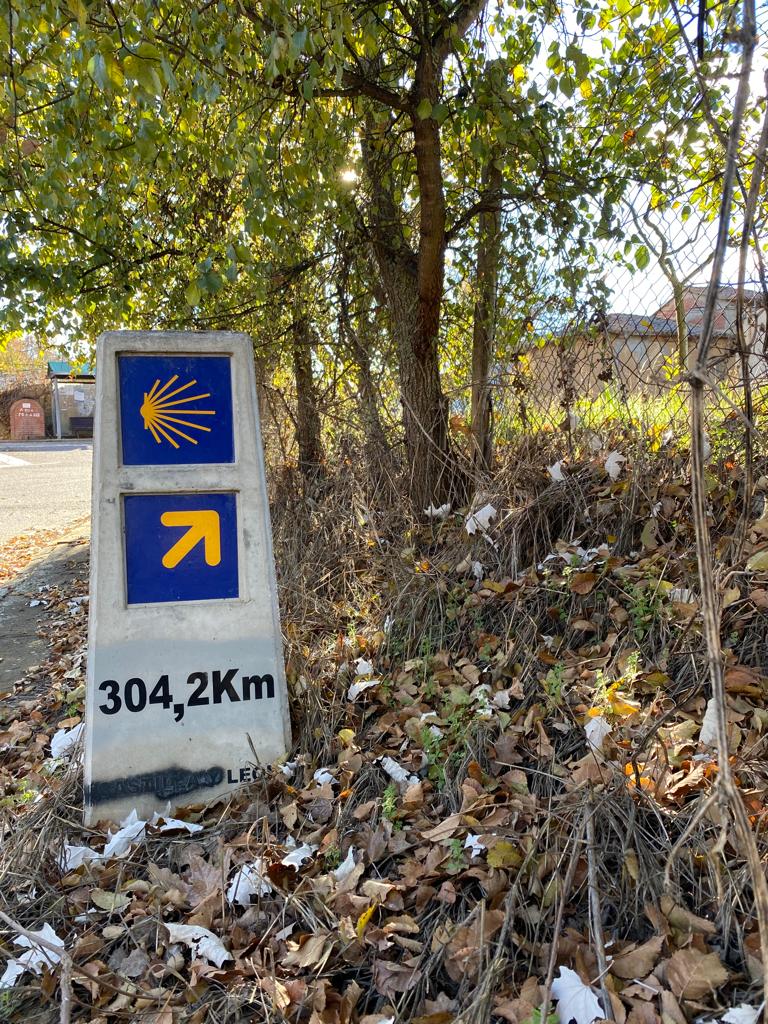 
This is the variant of the French Way through Villar de Mazarife, which takes us away from the N-120 national road. It is a practically flat stage, which runs between small towns and cereal fields, characteristic of this region. 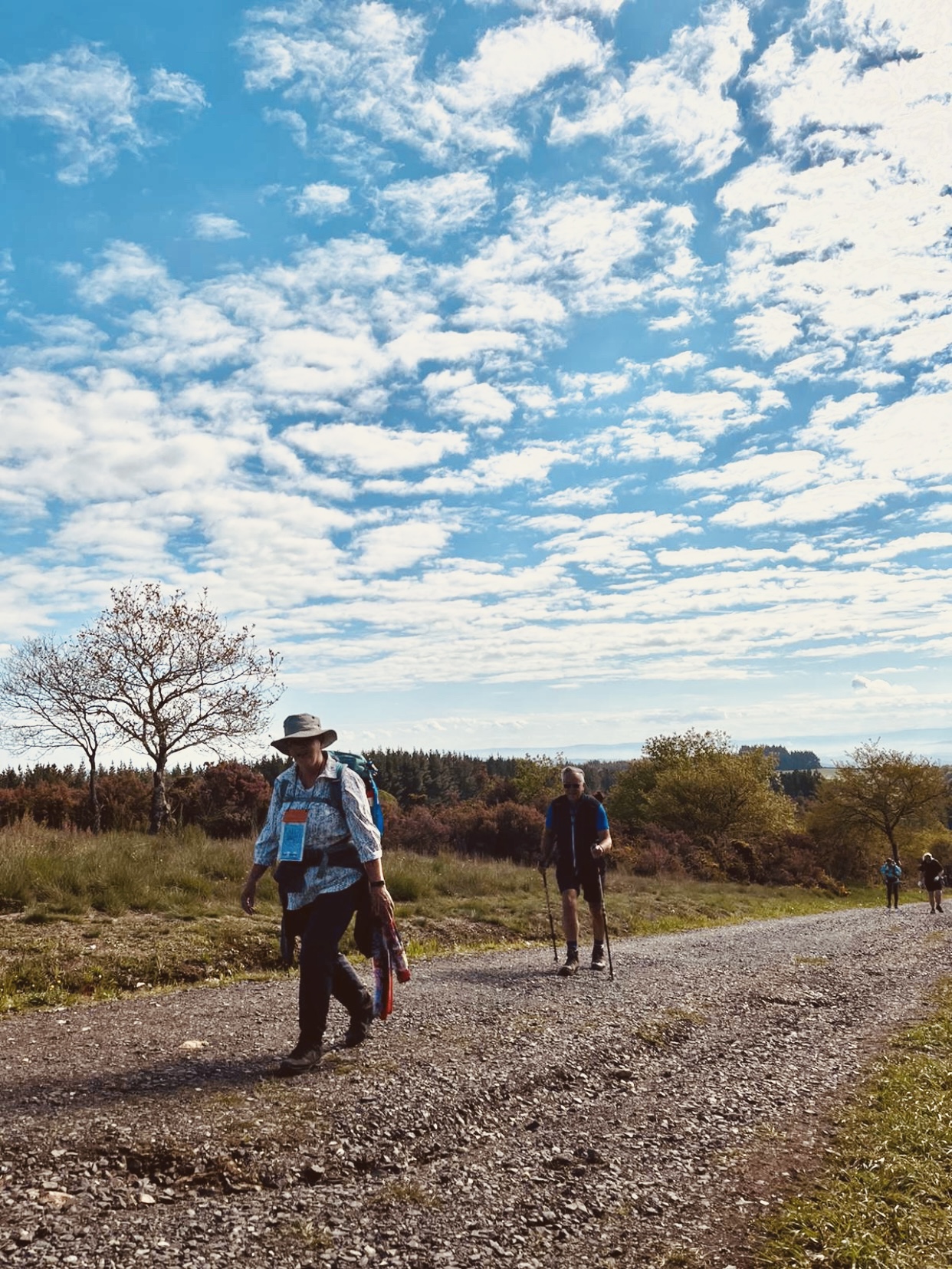 
At this stage we will start to tackle some bumps in the terrain, which will get bigger the closer we get to Galicia. The flat landscape of the plateau then continues till Hospital de Órbigo, which we reach via a magnificent bridge over the river. It will be the last city in which we find only a slightly mountainous terrain. 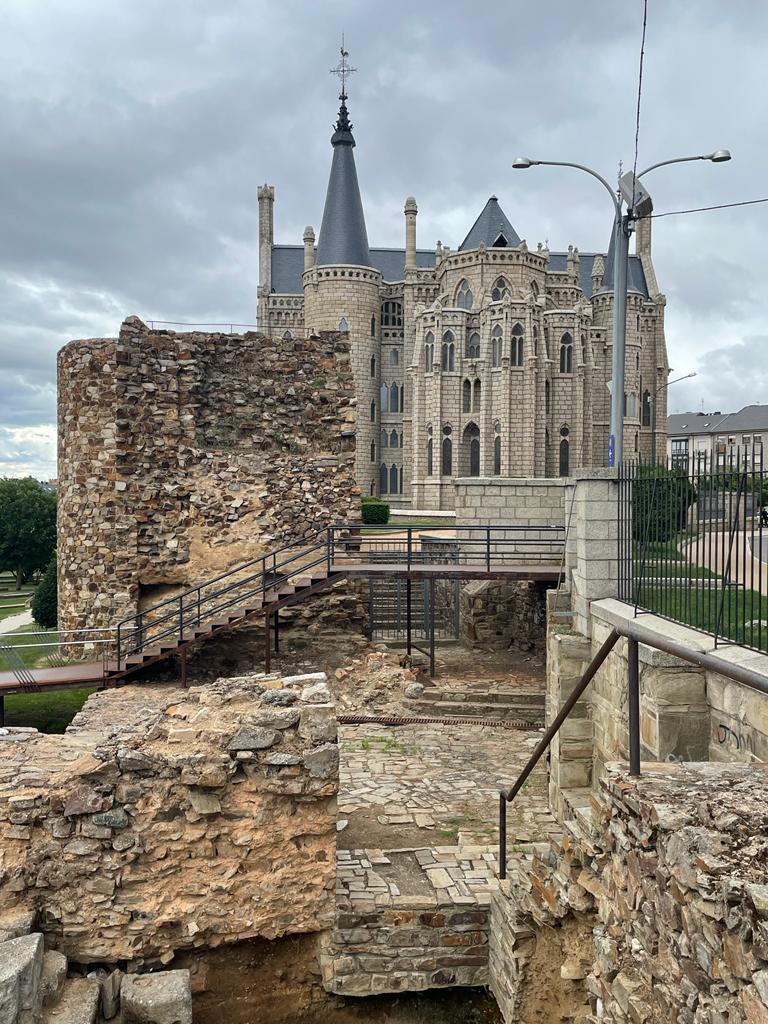 
We leave behind the infinite plains of the Castilian Plateau and we enter a more mountainous area. Our goal will be the small city of Astorga, full of vestiges of Roman times, and where the French Way and the Vía de la Plata meet. It is also the capital of the Maragatería region. 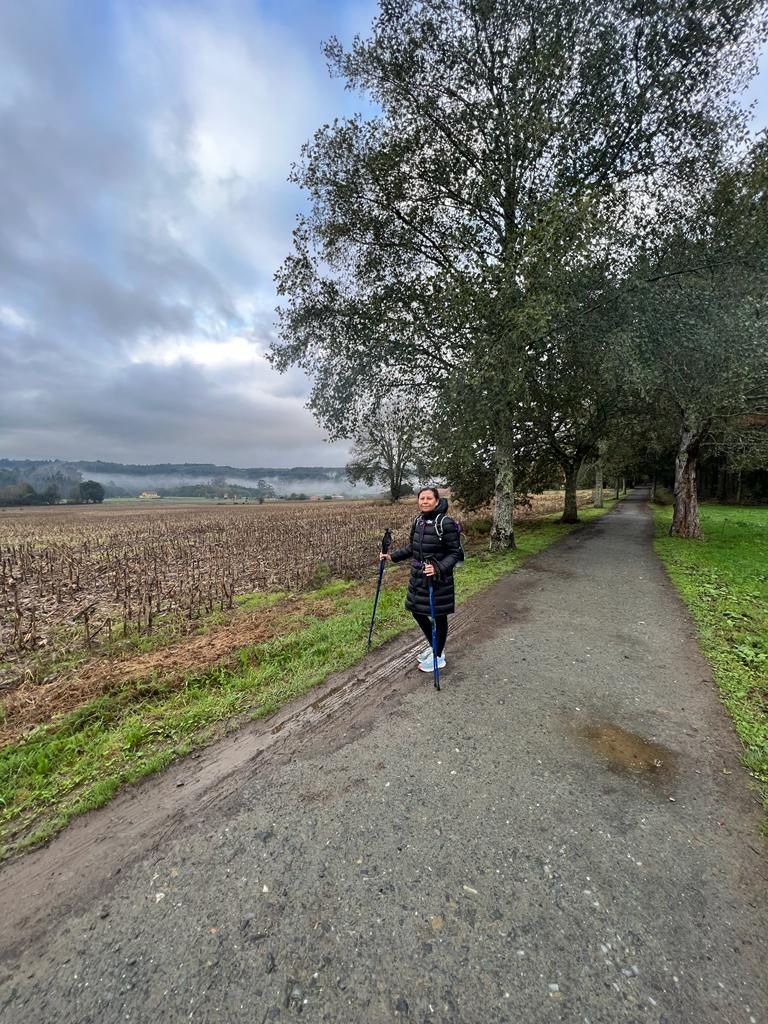 
We are now penetrating ever deeper into the Montes de León. In this phase we will find ever larger hills in the further course. 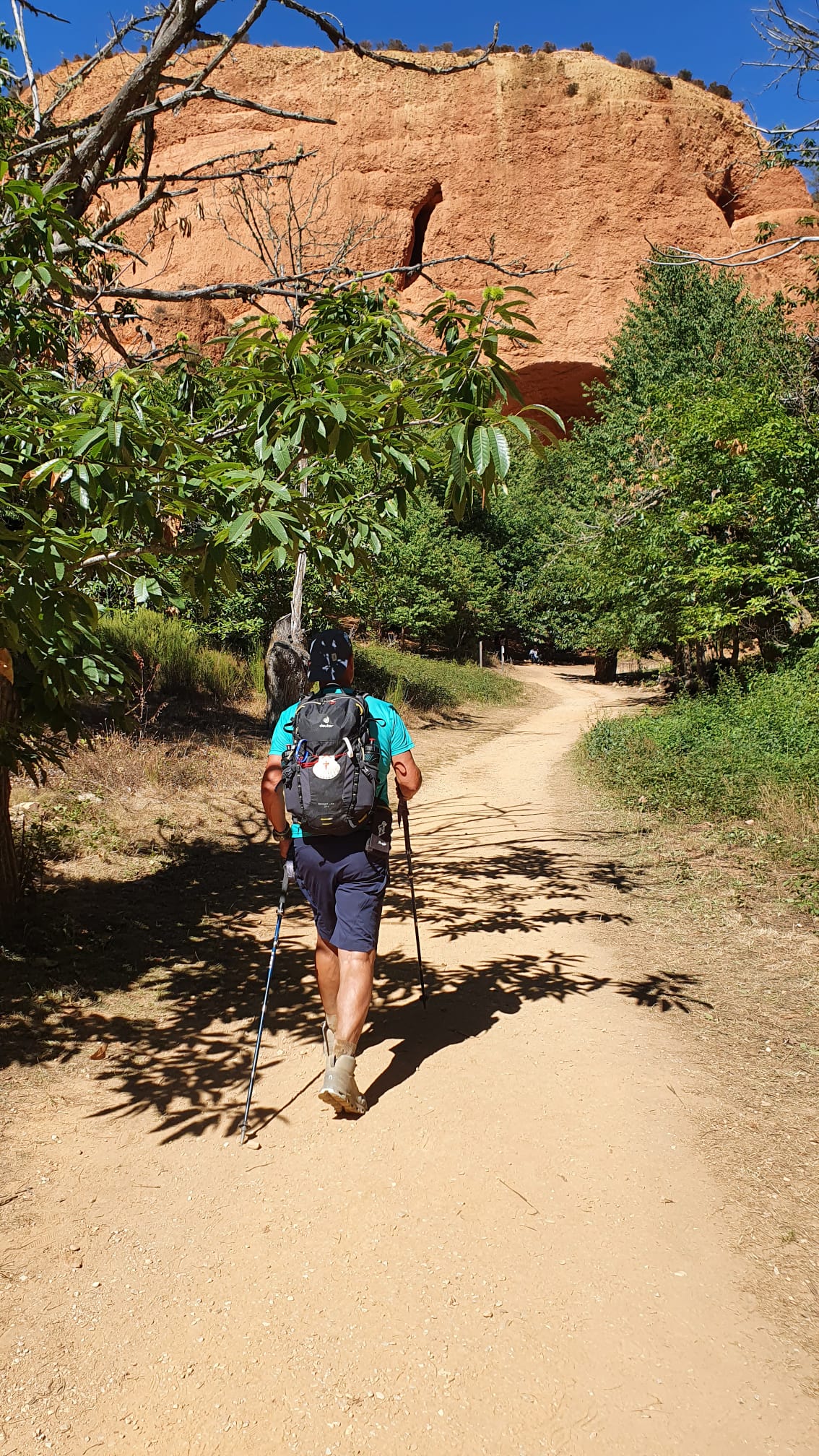 
At this point we leave the Maragatería region and hike to El Bierzo. This also means that we are returning to the bumps that are typical of mountain areas. The first climb takes us to a mythical place on the Camino de Santiago, the Cruz de Ferro on Mount Irago, the highest point of the French route, at 1,500 meters. From there we start a descent that leads us to the city of Ponferrada, the capital of the Bierzo region. This entire region is known for its rich gastronomy with typical dishes such as botillo and especially for its wines with its own designation of origin. 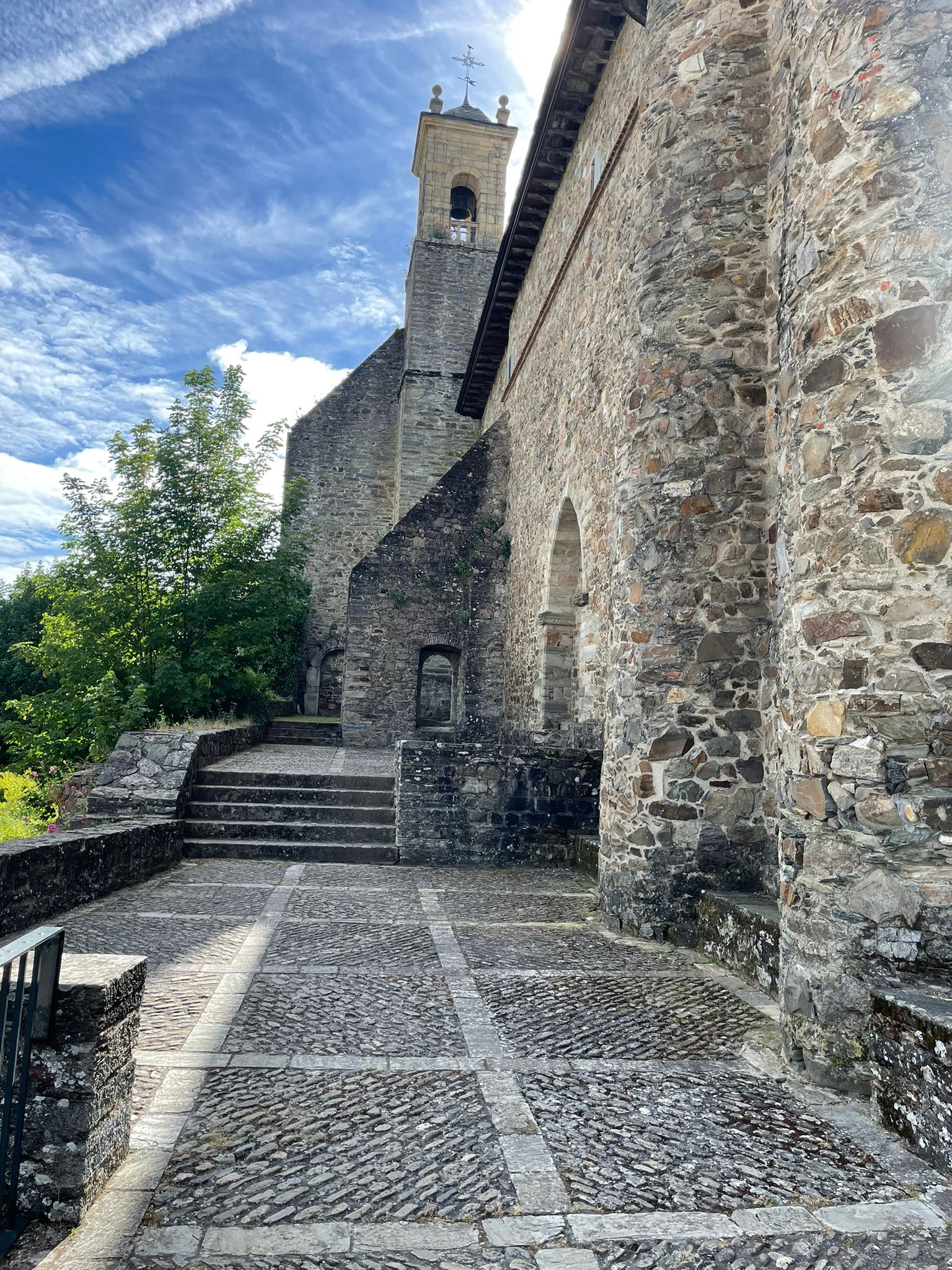 
In the middle of the Bierzo region, this stage leads over quite comfortable hiking trails. Again we encounter landscapes with fields and vineyards. In Villafranca del Bierzo we can visit the Church of Santiago, known for the Puerta del Perdón, which opened only in the Jacobean years, as well as the Holy Door of the Cathedral of Santiago. 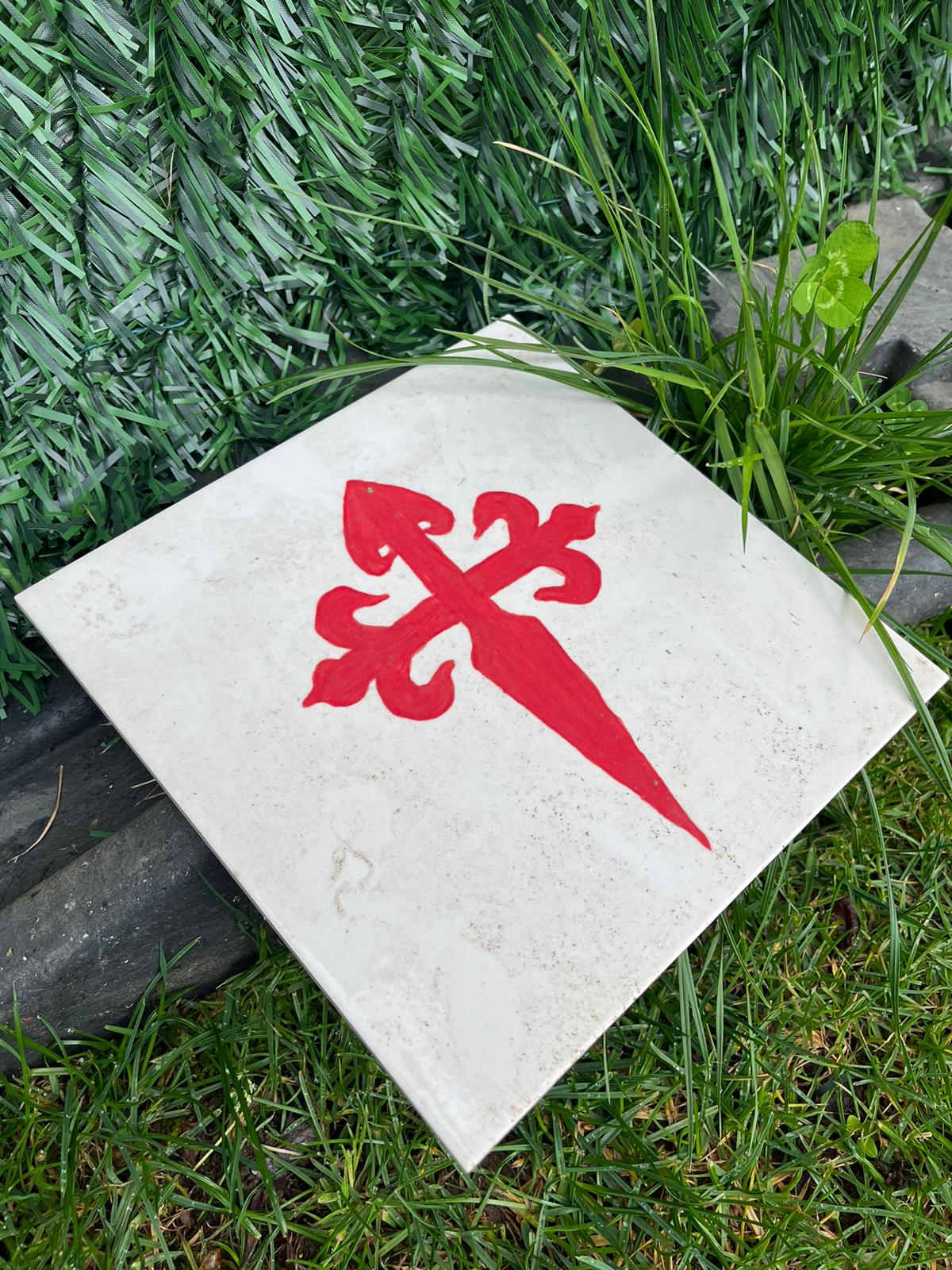 
It's a pretty flat stage, which we can use to start the next day in a good mood and relaxed. The route follows the old N-VI and runs down the Valcarce river for a final stretch of almost two kilometers. 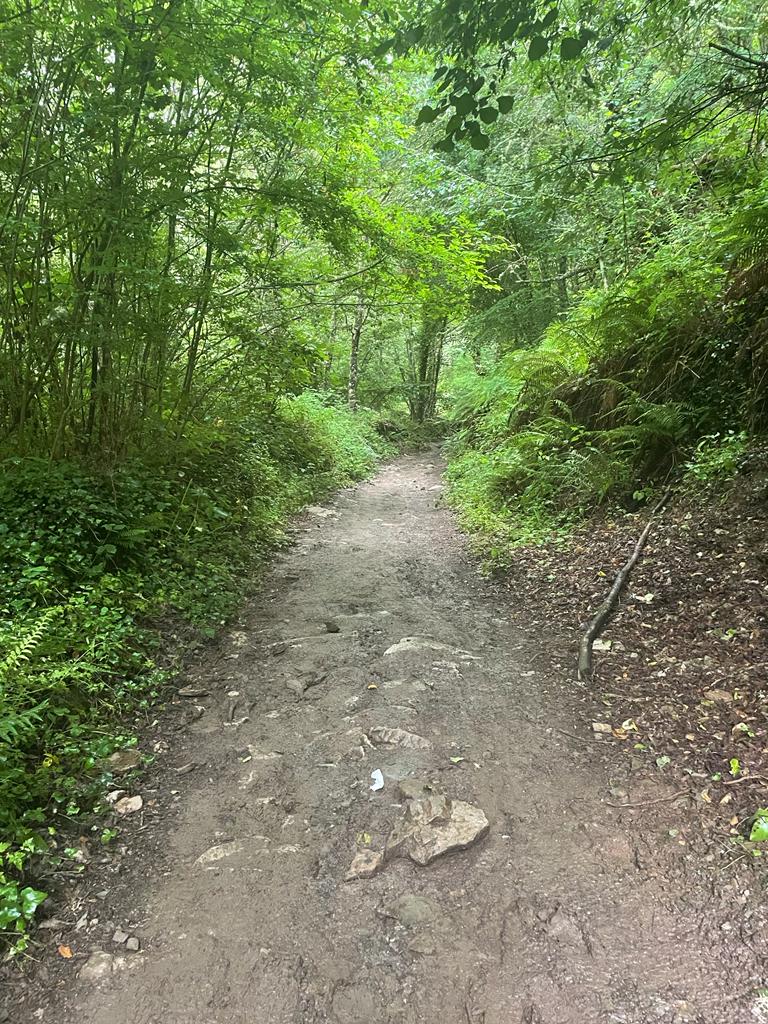 
In this stage we face the mythical climb to O Cebreiro, the gateway to the French route to Galicia and the biggest climb in Spain. Many say that it is the most beautiful stage on the way, possibly the most exciting. The difference in altitude is almost 700 meters along the dreaded La Faba hill, but the arrival in the beautiful village of O Cebreiro of immense Jacobean tradition and great anthropological interest and the entry into the magical Ancares were worth it. 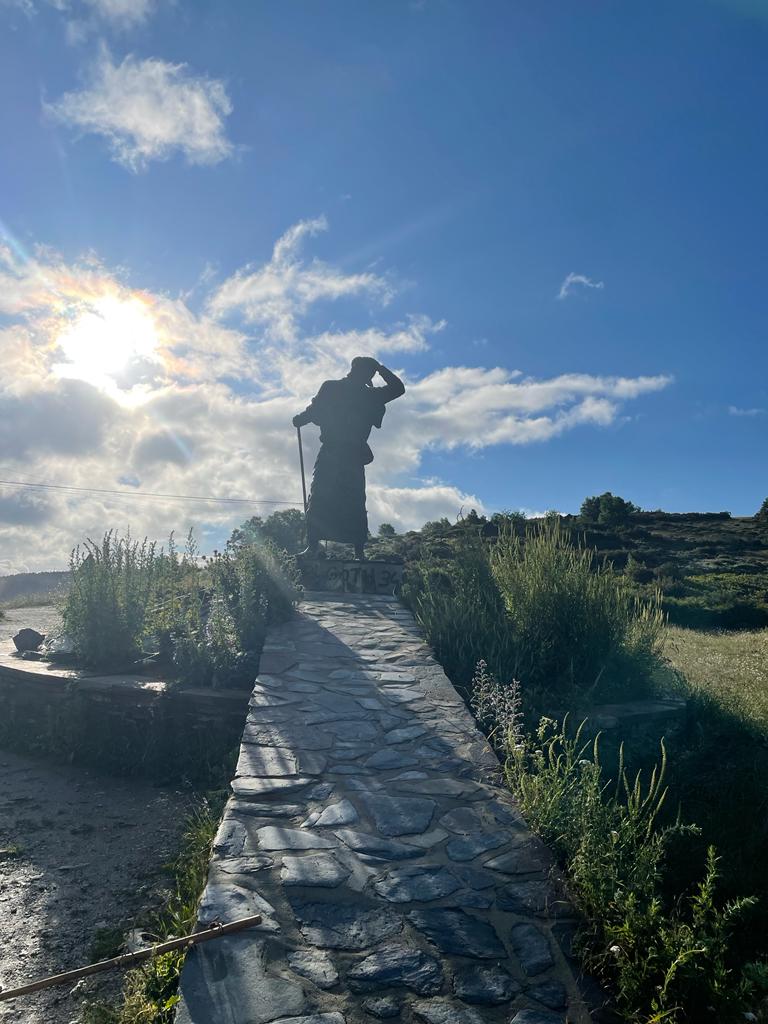 
Characteristic of its ups and downs. We start towards the top of San Roque, where there is the statue of the pilgrim, which will give us encouragement for the difficult climb to O Alto do Poio, where we will be at 1337 meters. Although it is not a long stage with many kilometers, due to this ascent it is one of the most complicated. Then we descend towards Triacastela. 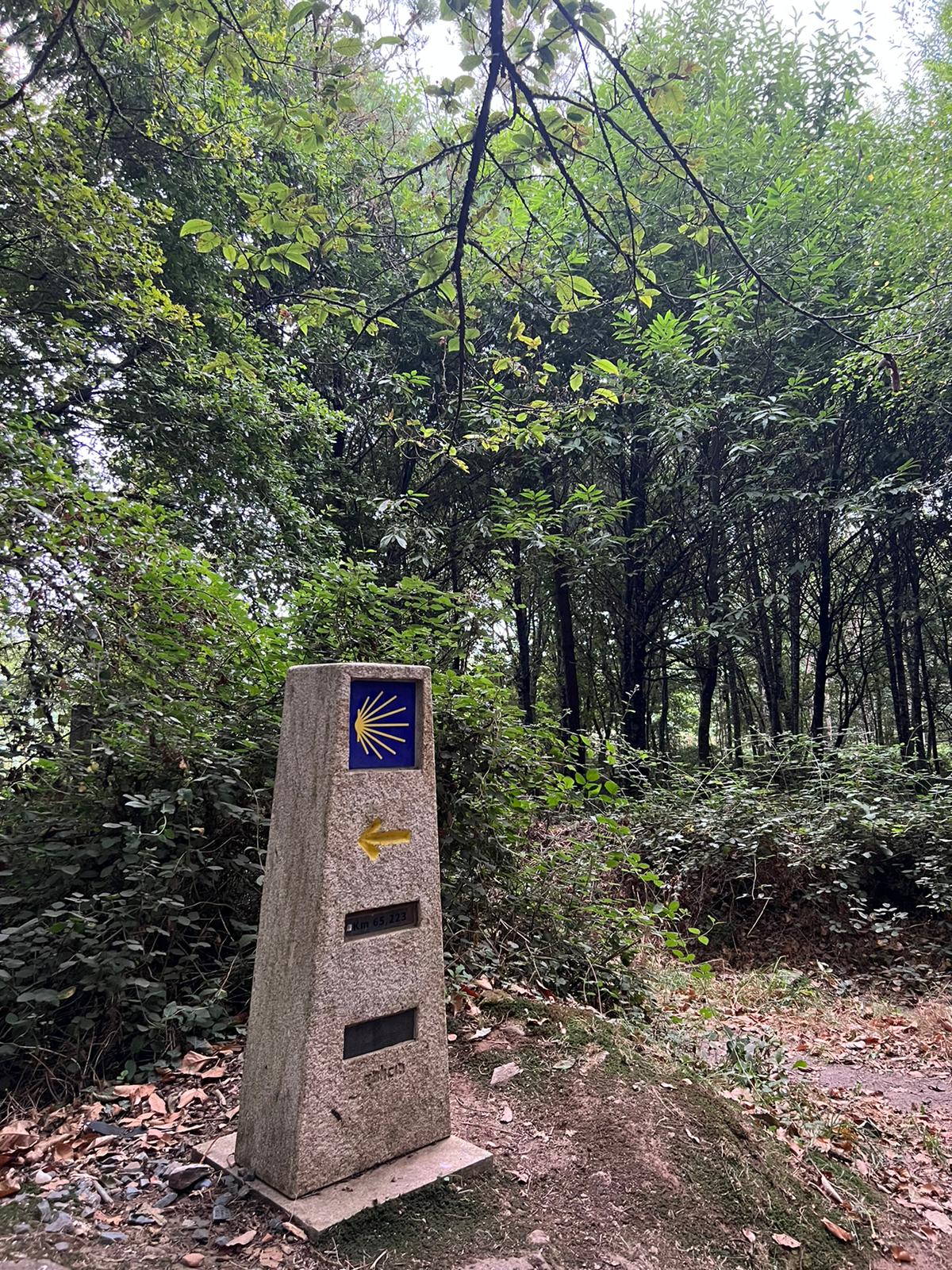 
We start this short stage towards San Xil. In a quiet area we take a pleasant walk through the beautiful landscapes. We cross the San Xil Valley, one of the most beautiful in Galicia, to get to our next destination: Sarria. 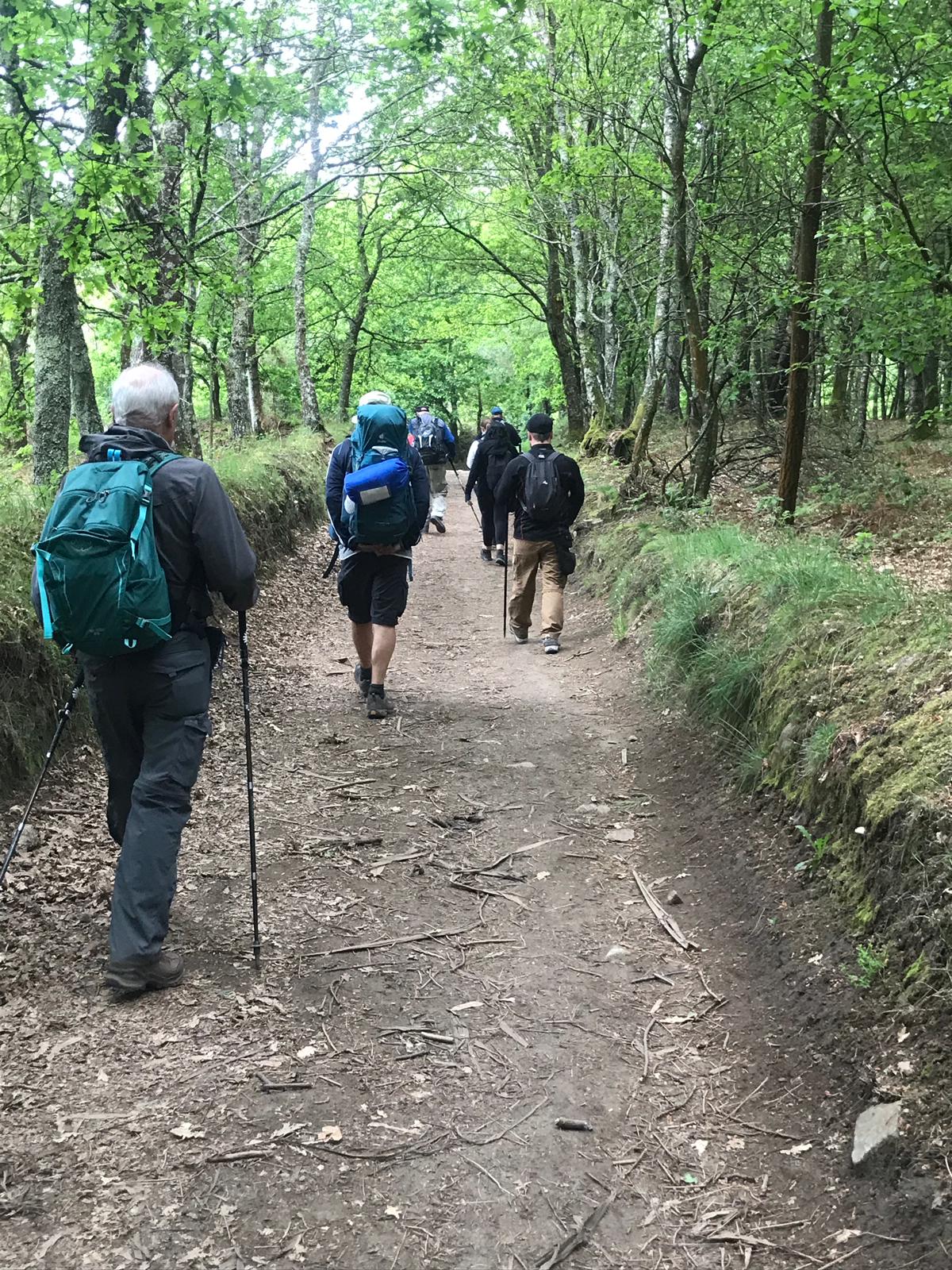 
Sarria is the starting point for many pilgrims because it is very close to the mythical and last 100 km. This is the minimum distance that must be covered to get the Compostela. This first stage is flat, without many climbs. We now enter deepest Galicia and let ourselves be enchanted by the beauty of its chestnuts, oaks, rivers, meadows ... as well as charming cities such as Barbadelos or Ferreiros. The old town of Portomarin lies under the water of the Belesar reservoir. The Miño river indicates that we are arriving. 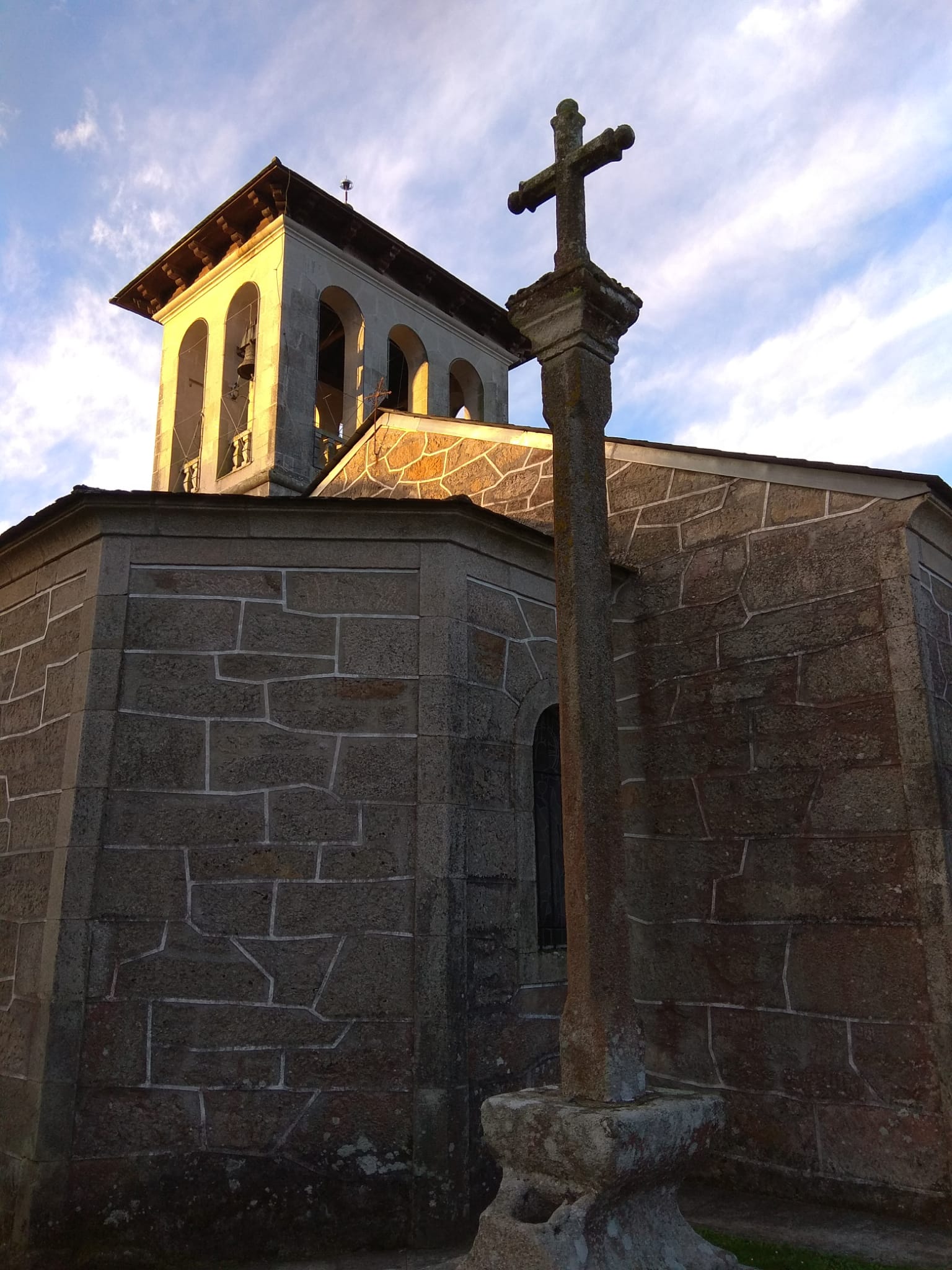 
We start the hike towards Serra de Ligonde, where we climb up to 725 meters. On this day, the green landscapes are mixed with some paved areas and we start to see the famous "Cruzeiros". The villages of Castromaior, Ventas de Narón and Ligonde deserve special mention. 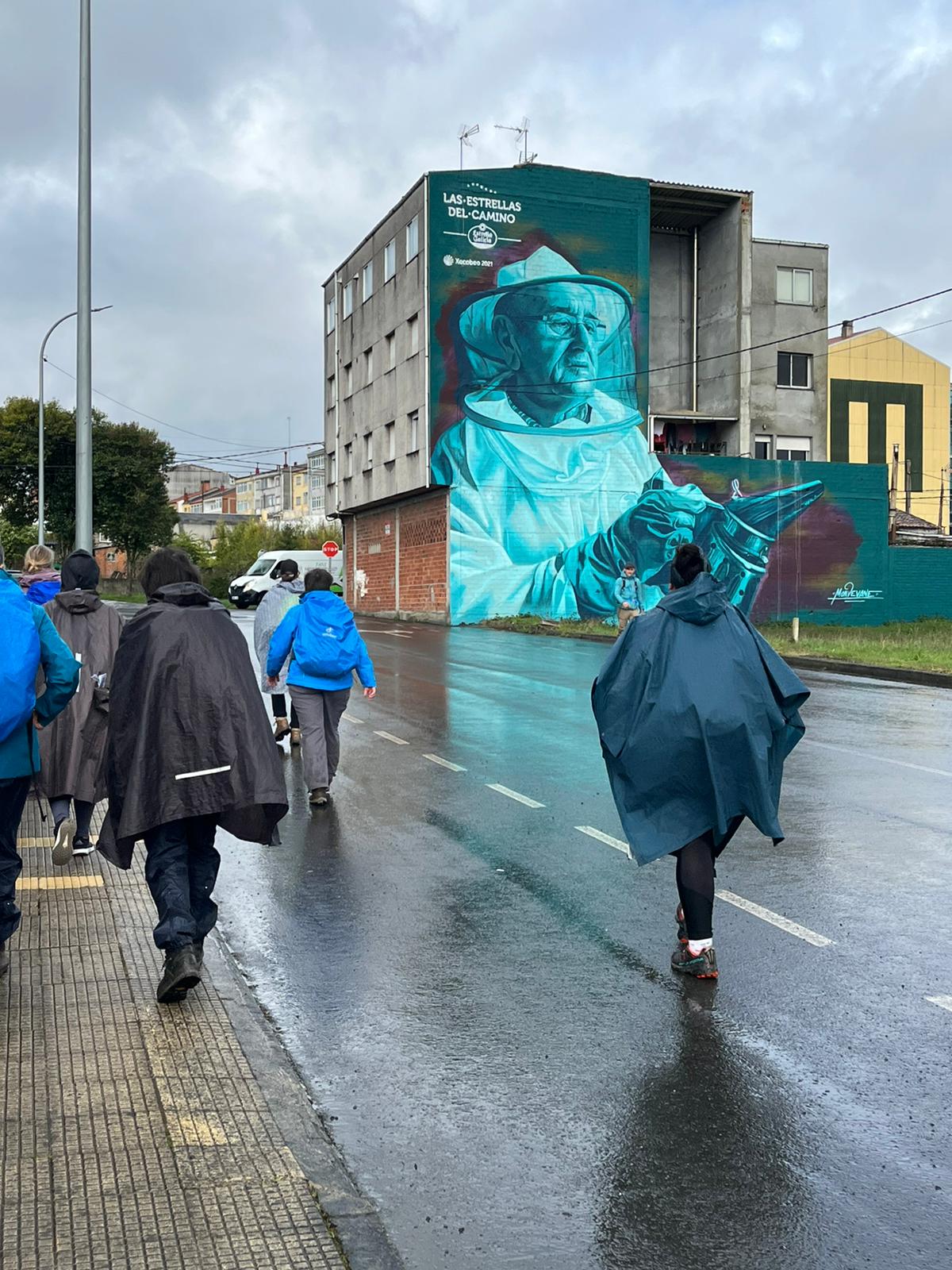 
We leave the province of Lugo and enter the province of A Coruña. The few kilometers that await us again allow us to enjoy some of the enchanting towns along the way like Boente and Castañeda until we reach Arzua, famous for the cheese made there. 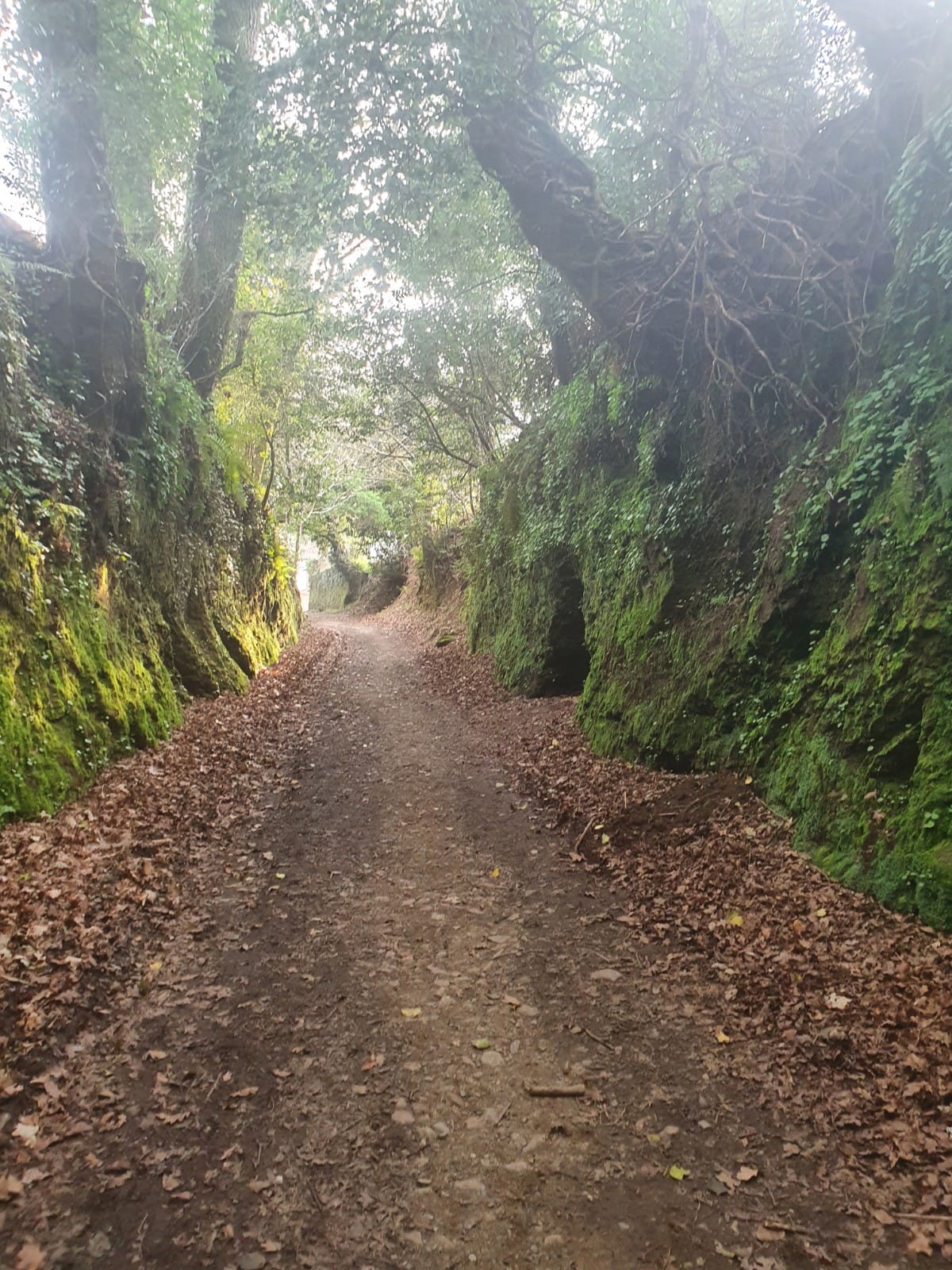 
Short and quiet stage to process everything that was experienced during the trip before we arrive in Santiago the next day. 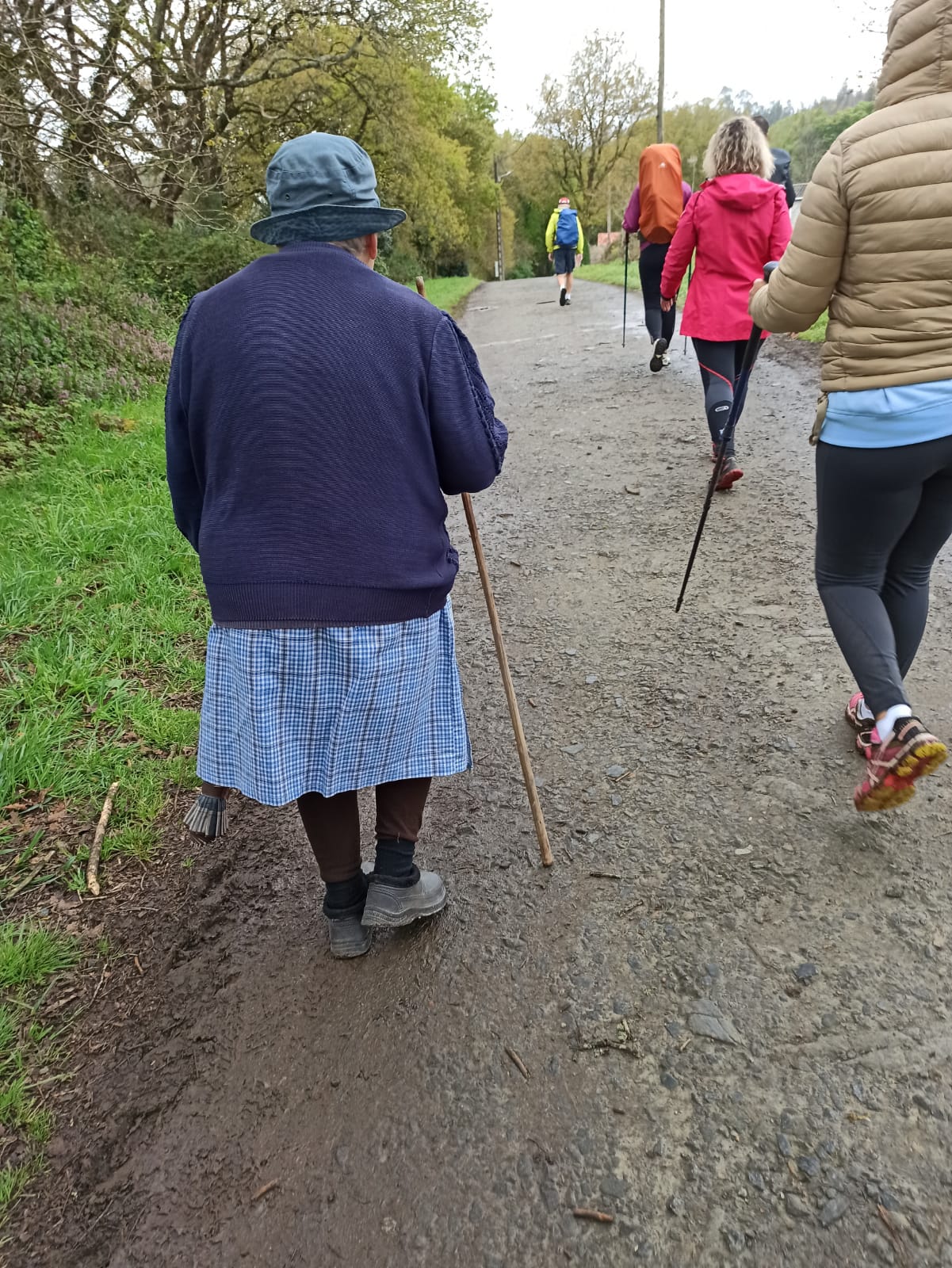 
Excitement and strange mixed sensations. It is the last stage. We recommend that you start hiking early to take part in the pilgrimage, which is celebrated at 12:00 p.m. First we reach Lavacolla and continue climbing Monte do Gozo, where we can catch a glimpse of the long-awaited cathedral from a distance. Finally the Plaza del Obradoiro and the well deserved personal satisfaction of having reached this point. 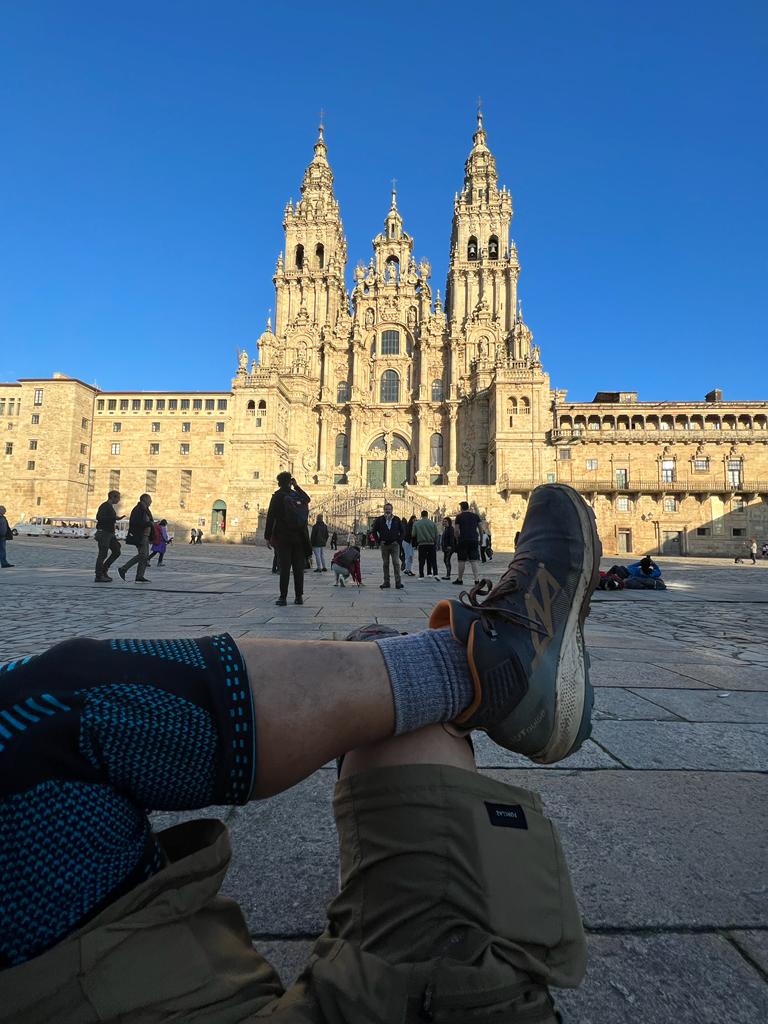 ¡Buen Camino! See you next time. 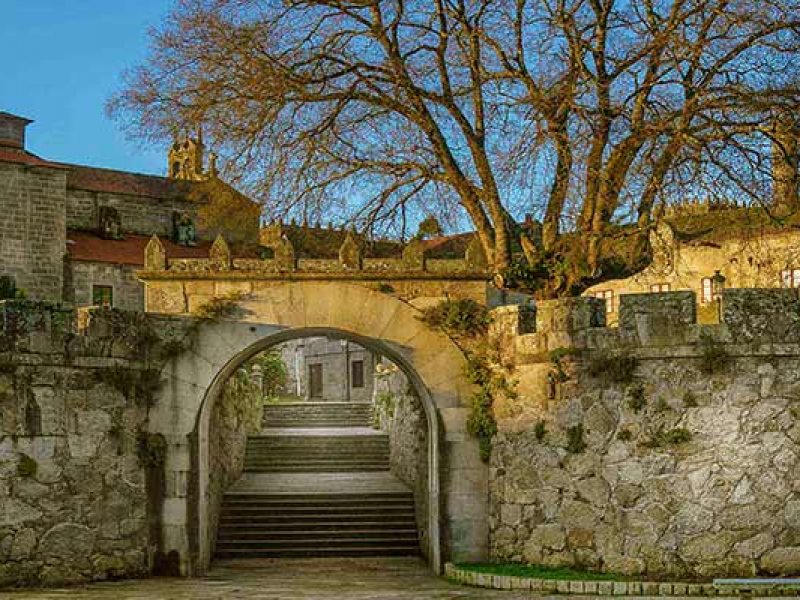 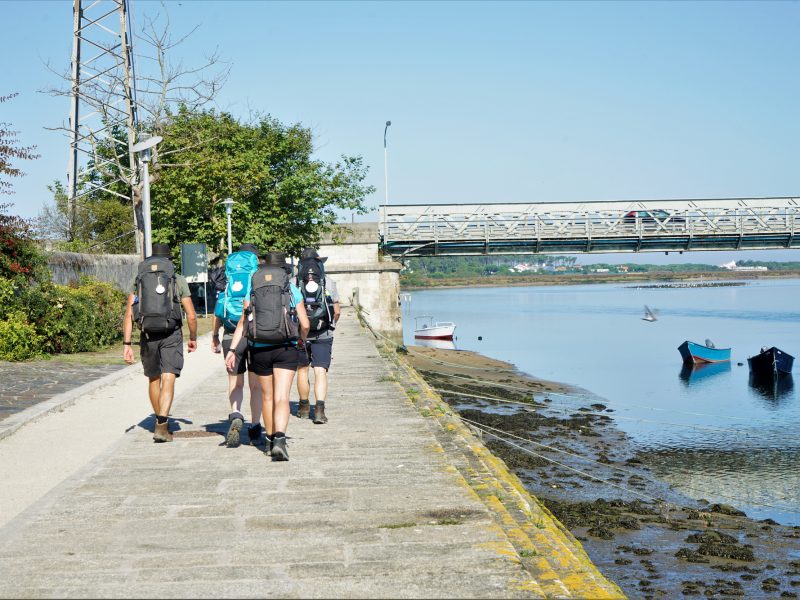 Camino Portugués along the Coast from Oporto (Caminha option) 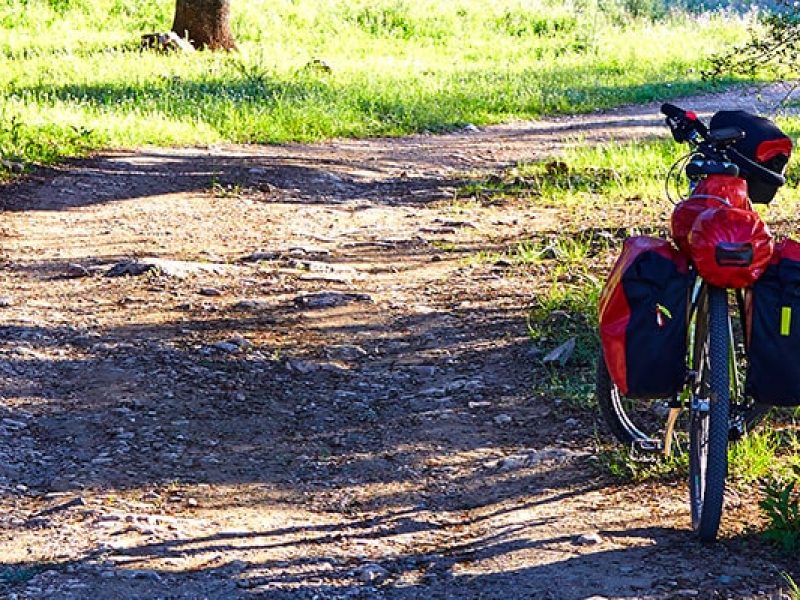